A playlist for the world of tomorrow

The only thing you can be sure of nowadays is to not be sure of anything. Although the tools for deciphering and measuring the present are growing in sophistication, the future – even the near future – seems more uncertain than ever. But that’s no problem for serial entrepreneur Margaret Hefferman, who provides a handful of tips for making your way through the darkness – all to the sound of music.

Uncharted, How to Map the Future Together
Margaret Hefferman, (Simon & Schuster Ltd, 2020).

Dancing in the dark (Bruce Springsteen)

We’ve switched from a complicated world to one that is more complex, nonlinear and multilateral. A seemingly innocuous event can shatter your ambitions in the blink of an eye. It’s like the butterfly effect – but with pterodactyls rather than butterflies. You were sure you had everything planned: Your KPIs indicated it was all systems go; you had plenty of data that backed up your strategic choices. But the unthinkable happened and things fell apart.

Remember that in 2019 the aeronautics industry was gearing up for an increase in production to address a boom in demand. At Airbus, for example, the most experienced experts, citing “the powerful fundamentals of the market,” predicted the number of aircraft that the worldwide fleet would need in 2038, down to the last plane: 39,210, to be exact. But Covid dashed those projections. New forecasts have replaced the old ones, but with a tone that is decidedly less certain – no one daring to play the prophet now.

What can you do? Step outside the comfort zone of binary predictions and scientific performance management so you can embrace the discomfort of probability. Surrender your certainties about the future – since they largely reflect your beliefs and biases – and submit to the fire of doubt,

In troubled times, there’s a temptation to look for instruction in the rearview mirror. Then it’s only a short step to being convinced that history repeats itself – that yesterday’s triumphs or disasters will be reproduced tomorrow. We tend to think that the mistakes of the past are lessons to be learned in order to build a better future. It’s a misconception that often ends in disaster.

Case in point is the Maginot Line syndrome, an allusion to the fortification built at great expense in the 1930s along the path of former invasion routes – and which the German army was able to bypass in 1940, leading to the French surrender during World War II. In other words, beware of analogies between yesterday’s facts and today’s: You run the risk of fixating on similarities and overlooking differences, and the importance of context.

Recent events provide a painful example. In 2009, several EU states, faced with the news of an H1N1 epidemic, resolved to avoid a “second Spanish flu” at all costs, rushing to invest large sums of money for treatment and protection – all of which, ultimately, were for naught. Then in 2019, some of the same countries, reacting to warnings about the imminent arrival of Covid, decided not to make the same mistake twice, arguing that it was much more important to wait before doing anything. On both occasions, the belief that history would repeat itself dictated the way governments acted, with disastrous consequences.

What can you do? Though history might not repeat itself, it may still offer indirect clues, by helping you to challenge your assumptions about the future. When something happens that reminds you of an earlier event, don’t focus only on the commonalities but also – and especially – on the factors that could lead to a different outcome. This will give you the keys to write your own story rather than simply submitting to circumstance.

Planning and efficiency have dominated strategic thinking over the past hundred years – but what if nothing goes according to plan? Reducing costs, schedules and stocks are logical steps if you can predict exactly what will happen, but they also risk depriving your organization of any room to maneuver. Instead, focus on planning exercises that will enable you to be flexible in the face of unpredictable events: Work on inventing multiple scenarios about what the world and your company could look like tomorrow depending on several intrinsic or extrinsic variables, and the decisions you would make. In addition to mapping out possible futures, this approach also helps develop your perception of the choices to be made and actively discourages binary thinking.

What can you do? When writing a scenario, the idea is to explore, keep an open mind and debate. It requires a mix of individuals united by curiosity and an organizational culture that values discussion and freedom of expression.

I wish I could have been a star (Joffrey pinel)

There are shelves full of books that promise to help you become the Mozart or Picasso of your industry, with plenty of practical tips on how to boost your creativity. In addition to being an easy way to turn a profit, they underline the fascination that artists exercise on us. It’s because artists defy time: Their work will still be around in centuries to come, ready and waiting to thrill new generations. But it’s a dream that is inaccessible to the vast majority of organizations at a time when the most dazzling upward path can be turned upside down in a matter of months.

What can you do? Although you’re not an artist, you can still draw inspiration from some of their specific skills, such as those that allow them to embrace ambiguity as a source of discovery and exploration. Try to develop your ability to notice, observe and remember everything, including feelings and the tiniest facts. You’ll have to give yourself permission to daydream and allow the bits of information gleaned from your experiences to simmer, without being sure they will ever be of any use. As encouragement, remember that Peter Brook waited 40 years before turning a brief encounter in Afghanistan into his influential play “The Prisoner.”

Do you want to build something that lasts? How about a cathedral? “Cathedral” projects are different from megaprojects in that they don’t have an end date. They can take shape over hundreds of years, like Gaudi’s Sagrada Familia, whose construction started in 1882. The core characteristics of this type of project are that they are designed in and for uncertainty, and that they’re grounded in dreams and principles rather than a business plan. A representative example is CERN, the European Organization for Nuclear Research: 66 years after it was created, this scientific research institute is still the world’s largest particle physics center, with cathedral projects that have had historic impacts (see quiz, below).

What can you do? A cathedral depends on the community of people who build it. Everyone who participates must be able to enjoy absolute freedom to experiment and explore without maps, as long as they respect the founding principles of the adventure. So no strict hierarchies or financial pressures. And don’t forget that a cathedral is dedicated to humanity! Always think about the legitimacy of your actions and the public’s understanding, without which the building – no matter how beautiful it may be – will collapse.

Prediction isn’t an answer to uncertainty, but preparation is. No one saw Covid coming, and no one was able to predict its effects. But some observers – economic players and countries – were caught out less than most. That’s because they had probably prepared “for any eventuality.” This attitude has nothing to do with scientific risk management; rather, it’s based entirely on developing a form of practical resilience, which involves developing a holistic view and maintaining constant vigilance for faint signals and paradoxes in the surrounding environment. It’s a discipline that will help you gradually amass a large volume of memories, which may seem burdensome at times, but that will form your stock of options and workarounds should there be a glitch. The richer this reserve is, the more robust your choices will be.

What can you do? You’re not the only master and commander. Make the effort to foster a culture of memory and vigilance in your company and more generally throughout your ecosystem: The larger the sensors are, the more likely it is that the signals received will be varied and, therefore, a rich source of learning.

What kind of leadership is needed to steer your way through uncertainty? You will always be a leader and decisionmaker. You will always have to show moral authority when making difficult choices, and know how to say no to the rhetorical charms of simplistic dreams. But your mission will always be more about listening and giving other people the chance to speak; organizing and encouraging exploration; getting the most out of both setbacks and victories; and challenging and supporting the legitimacy of collective action. You will also have to find the right balance between efficiency and durability, between just-in-time and just-in-case, and between your convictions and your vulnerability.

What can you do? The future isabout people, love and friendship, all of which means you will need to allow more time for human relationships, to forge bonds of trust and respect that can withstand the onslaught of a crisis 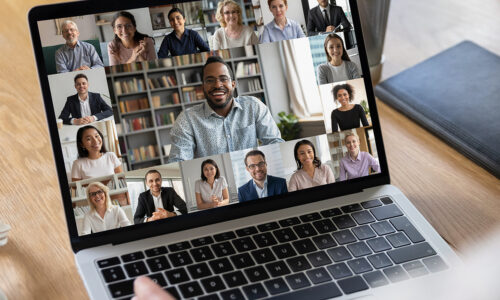 “My door is always open” 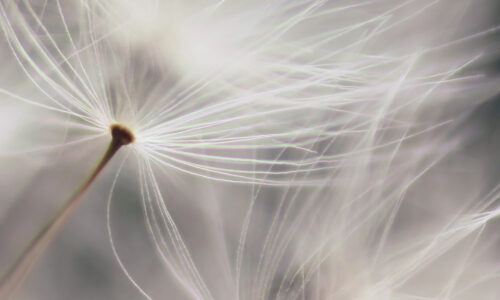 Collective thinking: a sure bet for the future