A handbook to social and ethnic diversity

Initially conceived of as a means to fight discrimination and thereby protect against legal risks, then as ethical measures, social and ethnic diversity policies are increasingly viewed as performance drivers. What are the major challenges to this particularly sensitive aspect of diversity? 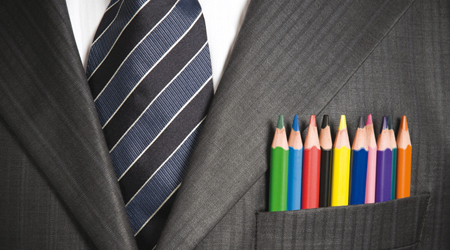 Social and ethnic diversity as a performance factor
Beyond the legal and ethical reasons (non-discrimination), three business arguments support social and ethnic diversity:
• Innovation: Social and ethnic diversity promote the development of new ideas, products, markets, and so on. “I think the greatest benefit we have found is that diversity drives innovation,” says Tracey Burton, former director of diversity at Target.
• Marketing: A diverse workforce facilitates better understanding of the needs of specific consumer groups.
• Employer brand: Advertising the company’s diversity policy to potential employees makes it possible to attract people who are often excluded from traditional recruitment practices, such as career days held at prestigious universities (where underprivileged classes are underrepresented).

Major challenges of social and ethnic diversity policies
Anonymous resumes, affirmative action, and quotas have mixed results. Spreading general awareness fosters social and ethnic diversity more successfully than the implementation of coercive rules.
• Get to the root of the problem: Social and ethnic diversity are based on equality of opportunity in companies but also in schools. The challenge is promoting equal access to the best training without compromising the level of excellence required.
• Support internal networks: In the United States, BNP Paribas develops internal minority networks. The Asian Business Networking Group aims to support the professional development of Asian employees by facilitating contacts and sharing best practices within the community.
• Promoting ethnic diversity at the top of the company helps to break down the prejudices of managers and employees. It is no coincidence that a leader in ethnic diversity like McKinsey named Rajat Gupta, born in Calcutta, India, CEO in 1994.

Unilever promotes equal opportunity starting in high school
Wanting to fight against the social and ethnic determination that prevents students from disadvantaged backgrounds from gaining access to the best training, Unilever partnered with Dauphine for the university’s Equal Opportunity Program. It aims to support the best students from 24 high schools in priority education zones in Île-de-France (greater Paris metropolitan area) during their last two years by offering free tutoring. The objective is to increase their chances of success at the prestigious university. A partner of the project since 2010, Unilever provides financial support and proposes job opportunities to Dauphine students who complete the program.

Read our dossier
A handbook on social and ethnic diversity