We have identified 10 of the best business books published in 2015. Topics covered include leadership misconceptions, strategic agility, artificial intelligence, philanthropy, the art of capturing attention, and more. We are convinced that at least one of these books is right for you. From the whole team at Business Digest, happy holidays and happy reading! 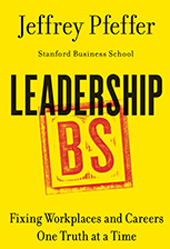 Leadership BS: Fixing Workplaces and Careers One Truth at a Time

By Jeffrey Pfeffer (Harper Business, September 2015).
Long-listed for the Financial Times and McKinsey Business Book of the Year Award, in Leadership BS, author Jeffrey Pffefer sets out to expose the wishful thinking of the leadership industry in order to reduce the gap between ideal and reality. In response to those who call him cynical, Pfeffer describes himself as a realist and urges people to look at the data on leadership, which he says currently paints a dismal picture. 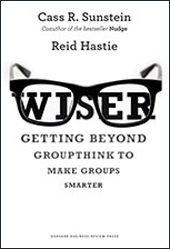 Wiser: Getting Beyond Groupthink to Make Groups Smarter

By Cass R. Sunstein and Reid Hastie (Harvard Business Review Press, December 2014).
“In this book, we begin with a simple question: Do groups usually correct individual mistakes? Our simple answer is that they do not. Far too often, groups actually amplify those mistakes,” write Cass R. Sunstein and Reid Hastie, who in this book provide a detailed examination of how and why group decision-making processes often go wrong, with concrete solutions for overcoming those obstacles. 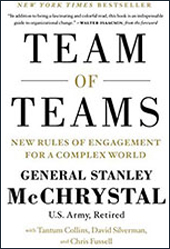 By General Stanley McChrystal, David Silverman, Tantum Collins, Chris Fussell (Penguin, June 2015).
In the face of the complexity and speed of the new digital era, one solution is to scale up the agility and adaptability of small teams by building a “team of teams.” General Stanley McChyrstal and his co-authors show how this method, developed by McChrystal and other leaders of the elite American military Task Force in Iraq, can be useful to all leaders trapped within organizational rigidity. The “team of teams” approach has already proven successful within many organizations, from the emergency rooms of large American hospitals to NASA. 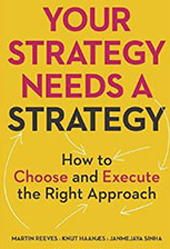 Your Strategy Needs a Strategy: How to Choose and Execute the Right Approach

By Martin Reeves, Knut Hanna’s and Janmejaya Sinha (Harvard Business School Press, June 2015).
What is the right strategy for YOU? Martin Reeves, Knut Haanaes, and Janmejaya Sinha strive to answer that question in their new book. At the heart of their work is a reliable and concrete method for determining the strategy that best suits your company, its strengths and weaknesses, and specific business context. According to their framework, there are five possible approaches: be big, fast, the first, an orchestrator, or simply viable. All you have to do is choose one. 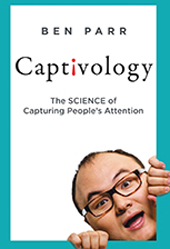 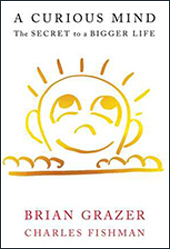 A Curious Mind: The Secret to a Bigger Life

By Brian Grazer, Charles Fishman (Simon & Schuster, April 2015).
Film and TV producer Brian Grazer explains how one trait – curiosity – enabled all of his successes (including Splash, 24, A Beautiful Mind, Apollo 13, Arrested Development, and more). Written in autobiographical form, Grazer’s stories about the role of curiosity in his Hollywood career provide valuable insights into this vital trait for business leaders everywhere. 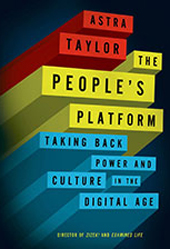 The People’s Platform: Taking Back Power and Culture in the Digital Age

By Astra Taylor (Picador, April 2015).
In this compelling book, writer, activist, and documentary filmmaker Astra Taylor exposes many of the myths around the transformative power of the Internet. She urges greater recognition of the fact that digital technologies are merely tools, which cannot on their own just magically deliver all of the changes that have been promised. Her book is a stark reminder that those who fail to play a leading role in shaping the digital revolution should not expect it to become what they want it to be. 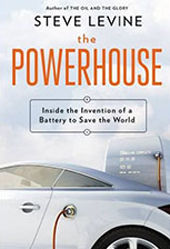 The Powerhouse: Inside the Invention of a Battery to Save the World

By Steve Levine (Viking, February 2015).
The development of a new generation of cheaper, more efficient battery power is a major area of the work being done to facilitate the switch away from fossil fuels. In this book, journalist Steve Levine provides a gripping account of the worldwide race to achieve this goal, detailing the competition, innovation, and commerce surrounding this critical step in the history of the new green economy. 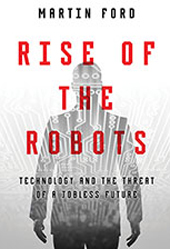 Rise of the Robots: Technology and the Threat of a Jobless Future

By Martin Ford (Basic Books, May 2015).
We can imagine or even hope that the next technological revolution will unfold like the previous one; even if many jobs disappear, others more suited to new era will emerge to replace them. According to Silicon Valley entrepreneur Martin Ford, however, this view is far too optimistic. Each technological advance is bringing us closer to massive job losses, greater inequality, and the implosion of the western economic model as we know it today. Unless we rethink our economic models to take into account the consequences of automation, he argues, the transition will be devastating. 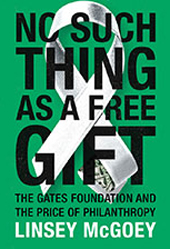 No Such Thing as a Free Gift: The Gates Foundation and the Price of Philanthropy

By Linsey McGoey (Verso, October 2015).
Sociologist Linsey McGoey’s examination of altruism turns a sharp, critical eye to the current state of philanthropic giving by today’s most powerful and wealthy individuals and foundations. She provides an overview of the history of charitable giving that has led to what she calls today’s “philanthrocapitalism” — singling out the Gates Foundations in particular — that she argues in fact serves the needs of the rich more than the poor. 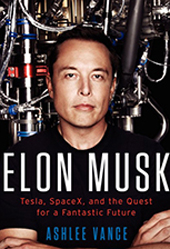 BONUS – Elon Musk: Tesla, SpaceX, and the Quest for a Fantastic Future

By Ashlee Vance (Ecco, May 2015).
This is the biography of Elon Musk, one of the twenty-first century’s most important captains of industry. He disrupted the space industry by becoming the rival of Arianespace over the span of only a decade. Today, the 44-year-old founder and CEO of SpaceX and Tesla Motors is in the process of becoming a living legend, joining the ranks of great heroes of American industry like Henry Ford, Steve Jobs, Howard Hughes, and Thomas Edison.