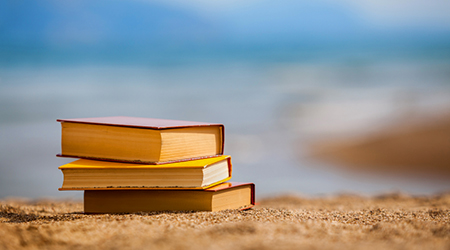 We have selected ten of the most noteworthy books published so far this year to put on your summer reading list. They cover the themes most relevant to you as a business leader, including economics, leadership, strategy, organization, innovation, and more. Happy summer reading! 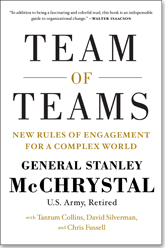 By Stanley McChrystal (Portfolio, May 2015).
In the face of the incredible complexity and speed of the new digital era, the only solution is to scale up the agility and adaptability of small teams by turning organizations into a “team of teams.” General Stanley McChyrstal and his co-authors show how this method, developed by McChrystal and other leaders of the elite American military Task Force in Iraq, can useful to all leaders trapped within organizational rigidity. The “team of teams” approach has already been proven successful within many organizations, from the emergency rooms of large American hospitals to NASA.


Your Strategy Needs a Strategy: How to Choose and Execute the Right Approach 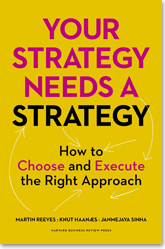 By Martin Reeves, Knut Haanaes and Janmejaya Sinha (Harvard Business School Press, June 2015).
What is the right strategy for YOU? Martin Reeves, Knut Haanaes, and Janmejaya Sinha strive to answer that question in their new book. At the heart of their work is a reliable and concrete method for determining the strategy that best suits your company, its strengths and weaknesses, and specific business context. According to their framework, there are five possible approaches: be big, fast, the first, an orchestrator, or simply viable. All you have to do is choose one. 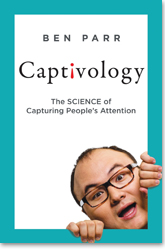 
Return on Character: The Real Reason Leaders and Their Companies Win 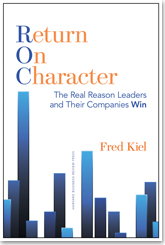 By Fred Kiel (Harvard Business Review Press, April 2015).
What is ethical leadership and how does it impact an organization’s bottom line? From 2006 to 2013, Fred Kiel studied the impact of the ethics of 121 leaders on the business performance of 84 American companies. He found that ethical leaders achieve returns to shareholders that are five times higher than the returns generated by unethical leaders.


Elon Musk: Tesla, SpaceX, and the Quest for a Fantastic Future 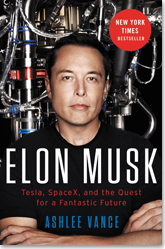 By Ashlee Vance (Ecco, May 2015).
This is the biography of Elon Musk, one of the twenty-first century’s most important captains of industry. He disrupted the space industry by becoming the rival of Arianespace over the span of only a decade. Today compared to practically all of the great heroes of American industry — from Henry Ford to Steve Jobs as well as Howard Hughes, Thomas Edison and even Tony Stark (the alter ego of Iron Man) — the founder and CEO of SpaceX and Tesla Motors, at 44-years-old he is in the process of becoming a living legend.


Frugal Innovation: How to do more with less 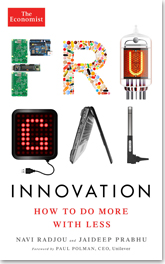 By Navi Radjou et Jaideep Prabhu (The Economist, February 2015).
The scarcity of natural and financial resources is forcing companies to do more, or better, with less. How can you maximize return on capital as well as gain speed and agility? Navi Radjou and Jaideep Prabhu identify six key principles for frugal innovation. The common thread of all six is a heavy reliance on leveraging collective genius.

Holocracy: The New Management System for a Rapidly Changing World 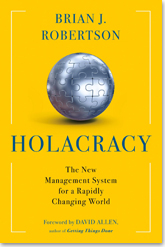 By Brian Robertson (Henry Holt and Co., June 2015).
Holacracy distributes authority and decision-making throughout an organization, and defines people not by hierarchy and titles, but by roles. Holacracy creates organizations that are fast, agile, and that succeed by pursuing their purpose rather than following a dated plan. When you start to follow Holacracy, you learn to create new structures and ways of making decisions that empower the people who know the most about the work you do: your frontline colleagues.


Digital Gold: Bitcoin and the Inside Story of the Misfits and Millionaires Trying to Reinvent Money 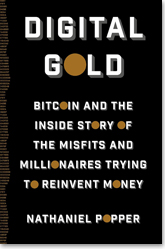 By Nathaniel Popper (Harper, May 2015).
Believers from Beijing to Buenos Aires see the potential for a financial system free from banks and governments and a new global currency for the digital age. An unusual tale of group invention, Digital Gold tells the story of the colorful characters who built Bitcoin, including a Finnish college student; an Argentinian millionaire; a Chinese entrepreneur; Tyler and Cameron Winklevoss; Bitcoin’s elusive creator, Satoshi Nakamoto; and the founder of the Silk Road online drug market, Ross Ulbricht.


Mindful Work: How Meditation is Changing Business from the Inside Out 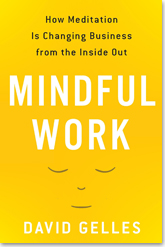 By David Gelles (Harcourt, March 2015).
Mindful Work is the first book to explain how all sorts of businesses and any kind of worker can benefit from meditation, yoga, and other mindfulness techniques. As a business reporter for The New York Times who has practiced meditation for two decades, David Gelles is uniquely qualified to chart the growing nexus between these two realms. As he proves, mindfulness lowers stress, increases mental focus, and alleviates depression among workers. He also offers real-world examples of how mindfulness has benefited companies that have adopted it.


Climate Shock: The Economic Consequences of a Hotter Planet 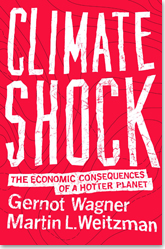 By Gernot Wagner (Princeton University Press, February 2015).
In this book, coauthors Martin Weitzman, a Harvard professor, and Gernot Wagner, an academic for who works for the US Environmental Defense Fund, explore the economic consequences of “getting the world off of fossil fuels” in the face of global warming. It is written for the lay reader and provides a clear, compelling assessment of the urgency of the problem of climate change and the difficulties around its most likely solutions.