We have identified 10 of the best business books published in 2016. Creativity, industries of the future, emotional agility, negotiation, neurosciences, and more… We are convinced that at least one of these books is right for you. From the whole team at Business Digest, happy holidays and happy reading! 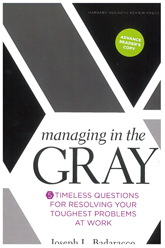 Managing in the Gray

by Joseph L. Badaracco (Harvard Business Review Press, September 2016).
The “gray zone” comprises those situations in which, despite your best efforts, you cannot make a decision; and yet, you still have to take action, and convince others to follow you. “Gray” situations are increasingly common due to the rising complexity of work environments today, and so author Joseph Badaracco provides five fundamental questions designed to help you navigate the “gray.” 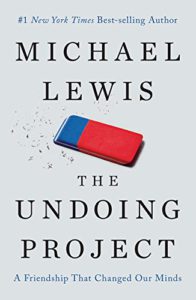 The Undoing Project: A Friendship That Changed Our Minds

by Michael Lewis (Allen Lane, December 2016).
From the author of The Big Short (2010) comes this book about the collaboration between the Israeli psychologists Daniel Kahneman and Amos Tvsersky on their Nobel Prize-winning theory of the mind. The two men unlikely friends, and the story of their coming together provides a new perspective on the theory that has changed forever our understanding of how the human mind works. 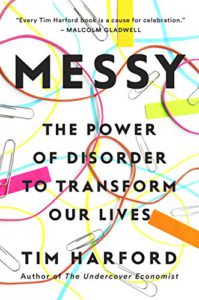 Messy: The Power of Disorder to Transform Our Lives

by Tim Harford (Riverhead Books, October 2016).
In this powerful work, author Tim Harford reveals an unexpected link between creativity and disorder. He explains that, while unexpected or unfamiliar situations and sudden changes can disorient, irritate, and stress us, they also present excellent opportunities to exercise our creativity. It’s an invitation to managers to dare to let go! 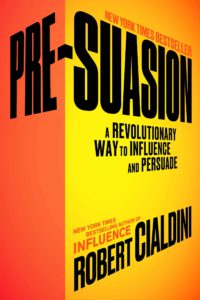 Pre-suasion: A Revolutionary Way to Influence and Persuade

by Robert B. Cialdini (Simon &amp Schuster, September 2016).
Robert Cialdini’s latest book sheds light on the mechanisms involved in any process of persuasion. According to this social psychology researcher, it is not so much the message itself that counts as the few moments that precede its delivery, when a speaker has a small window in which to influence the receptivity of his or her audience. 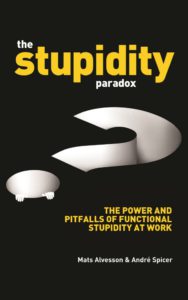 by Mats Alvesson &amp André Spicer (Profile Books, June 2016).
Why do smart people do stupid things at work? This is the question at the heart of Mats Alvesson & André Spicer’s book about what they call functional stupidity. They explain why doing stupid things at work can actually work in your favor in the short term but will backfire in the long run, as well as “how to make your workplace a little less stupid by challenging thoughtless conformity.” 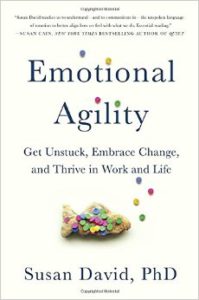 by Susan Davids (Avery Publishing Group, September 2016).
The workplace is an emotional minefield. For most people, the typical workday raises all kinds of challenging, involuntary thoughts and feelings. Do you just run from it, or do you have the “emotional agility” to put your inner emotional turmoil to good use? 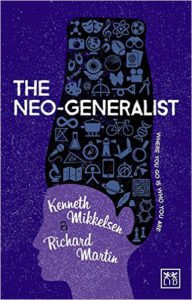 The Neo-Generalist: Where You Go Is Who You Are

by Richard Martin and Kenneth Mikkelsen (LID Publishing, November 2016).
Since the Industrial Revolution, we have all been encouraged to specialize; and yet, over-specialization can blind us to important opportunities. Co-authors Richard Martin and Kenneth Mikkelsen promote the benefits of seeking a better balance between specialization and generalist knowledge, including the ability to create new links between people, ideas, and disciplines. “The neo-generalist is both specialist and generalist,” they explain, “capable of mastering several disciplines.” 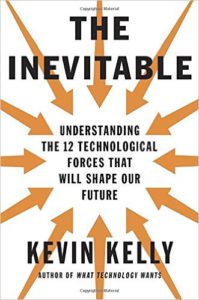 The Inevitable: Understanding the 12 Technological Forces That Will Shape Our Future

by Kevin Kelly (Viking, June 2016).
In his latest book about the future, founding executive editor of Wired magazine and digital expert Kevin Kelly presents 12 trends, which he describes as “inevitable,” that will forever change how we live, work, and think. “It is only by engaging with technology that we can maximize the benefits and minimize the harms,” he notes. “If we try to prohibit it, outlaw it, stop it, diminish it, we’ll fail. These larger shapes of technology are inevitable.” 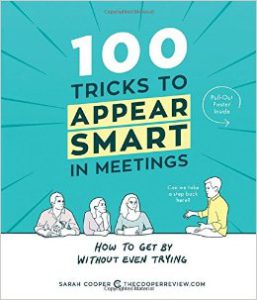 100 tricks to Appear Smart in Meetings

by Sarah Cooper (Andrews McMeel Publishing, October 2016).
Draw unnecessary sketches; makee irrefutable statements (along the lines of “we have to be smart here”); play the devil’s advocate and strip down other people’s interesting ideas… This little illustrated book is full of great ideas for seeming smarter at work. Tested and approved at Business Digest! 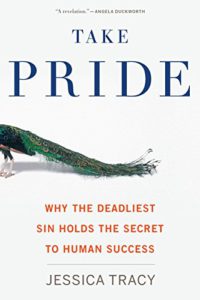 by Jessica Tracy (Houghton Mifflin Harcourt, September 2016).
According to Jessica Tracy, psychology professor at the University of British Columbia in Vancouver, pride has yet to receive the acclaim that it deserves. Her years of research reveal that pride to be one of the six fundamental emotions (alongside joy, anger, sadness, fear, disgust, and surprise) – and a key source of individual and collective engagement at work.