How going back to basics saved LEGO Premium

LEGO stood on the verge of bankruptcy in the early 2000s, with the company losing over $ 300,000 a day in 2003 and 2004. Why? A proliferation of activities resulted in the group losing control of its processes and costs. In an interview with Business Digest, LEGO’s product design manager, Martin Georg Jorgensen, explains how going back to basics helped transform LEGO into the world's number one toy manufacturer. 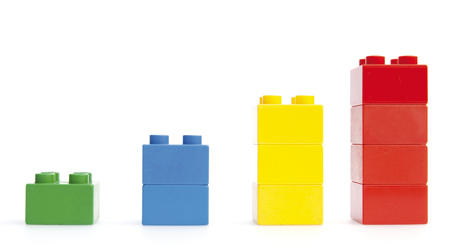 The early 2000s
LEGO diversified in the 1990s to meet increasingly varied competition, branching out into children’s clothes, baby accessories, video games, film licenses, theme parks, etc. “Every new product meant that we had to acquire new skills and working methods,” says Jorgensen. “There was little communication between departments, and we lost focus on the basics: knowing where we were making money and where we were losing it.” In 2003 the company recorded a loss of $400 million and laid off a thousand employees.

Product simplification: refocusing on bricks
The new CEO, Jorgen Vig Knudstorp, announced a seven-year action plan to save the company based on going back to basics. He realized that the time had come to simplify the organization and to put LEGO back at the heart of what the company did. In 2004 the management decided to remove almost half the pieces from the LEGO catalogue, forcing designers to return to a simple approach to product innovation. The designers were also given clear instructions to reduce the confusion that had been created by the demand for originality in the 1990s. “We had to revive the spirit of ‘simplicity and the pleasure of building things and creativity,” recalls Jorgensen.

Reviving collaboration
Simplicity was also reflected in new ways of working. Management implemented three measures in 2007 to promote collaboration between designers and product managers:
1. They developed cross-functional teams to give everybody a better understanding of the missions and constraints faced by fellow workers.
2. They created “integrators” or managers tasked exclusively with steering cross-functional teams.
3. They evaluated and rewarded collaboration by including it in assessment interviews and the allocation of bonuses.

As Martin Georg Jorgensen concludes, “The economic situation is even more complex today than it was 10 years ago. Now, though, we are heading in a clear direction, which means that we no longer introduce complexity into the company.”

What Gen Z is going to change
Experience, or How Microsoft Got Back in the Race
Previous
Next